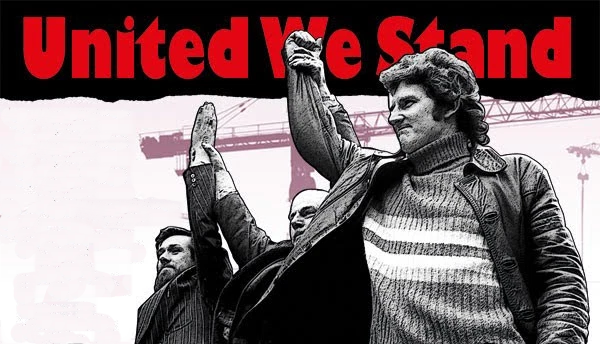 The Shrewsbury 24 Campaign announced that they were delighted that after 15 years they have finally achieved victory. The Court of Appeal has today (23rd March 2021) quashed the convictions of the North Wales building workers who were tried for picketing offences in 1973-74. The lead picket, Des Warren was sent to prison for three years and blacklisted upon his release. As a result, he never worked again and died prematurely in 2004, aged 67.

The Shrewsbury 24 Campaign’s Researcher and Secretary, Eileen Turnbull, paid tribute to the eight pickets who stood firm,
I am particularly happy for the eight pickets who stood with the Campaign, through all the tough times: John McKinsie Jones, Malcom Clee, Michael Pierce, Terry Renshaw, Kevin Butcher, Bernard Williams and the families of the late Des Warren and Ken O’Shea. Their tenacity and belief in our case was an inspiration. Their quest for justice for all the pickets never waned.