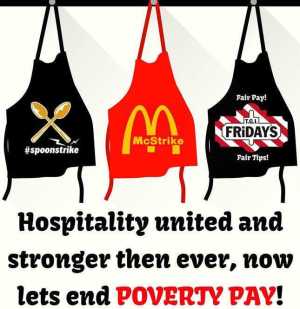 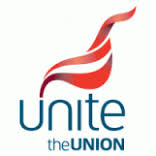 £10 an hour would instantly lift five million workers out of poverty and would benefit the economy because, unlike the rich, working-class people actually spend their net disposable income here in the UK and don’t hoard it in offshore bank accounts to avoid paying tax.

As a result of strikes in 2017 decent progress has been made with the Mcstrikers winning £10 minimum wage for all staff at McDonalds.

On the back of this success bosses at JD Wetherspoon have been forced to bring forward an annual pay rise for workers from April 2019 to November 2018, this is a a sign that the company is sufficiently worried about the possibility of the action spreading.

This shows that groups of ‘precarious’ workers can stand up to notorious multi-national giant corporations for the simple demands of £10 an hour minimum wage, for guaranteed hours contracts, for an end to the most appalling bullying management, and fundamentally, for union rights.

As a result of taking this bold step to stand up and strike, the workers have experienced a sense of what a union is – workers organising and coming together collectively to achieve what they cannot achieve on their own as individuals.

It has blown out the water the notion that workers in precarious conditions cannot organise and strike.

And it has created a positive pressure across the rest of the established trade union movement, at a time when the issue of pay is a central focus in the political arena.