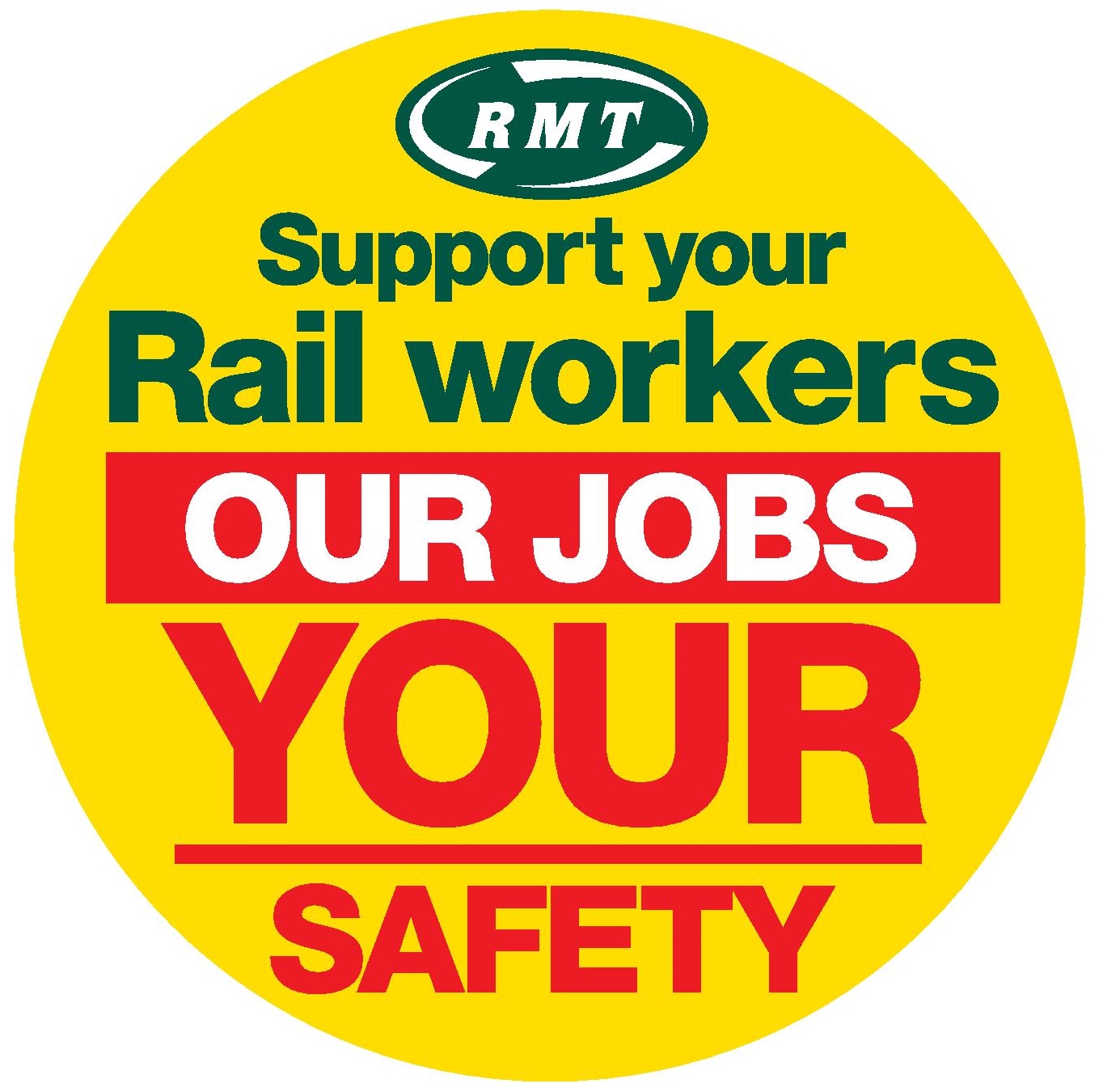 RMT members, including those in Bristol, will be taking 24 hours of strike action from 5pm Thursday 4th June through to 4.59pm on Friday 5th June in their current dispute over pay and jobs at Network Rail with a further 48 hours of action from 5pm on Tuesday 9th June to 4.59pm on Thursday 11th June. In addition there will be action short of a strike from 00.01 Saturday 6th June to 23.59 on Friday 12th June.

National Rail members voted in a ballot by 80% for strike action on a 60% turn out and by 92% for action short of strike action.

RMT has rejected the latest NR pay proposals as falling well short of what is required to maintain the living standards and the working conditions for nearly 16,000 staff across NR operations and maintenance.‎ RMT is in no doubt that a decent pay settlement for NR staff is entirely affordable.

The union has pointed out that:

RMT General Secretary Mick Cash said:
“Our representatives have today rejected the pay package offered by Network Rail and in the absence of any further movement from the company that has left us with no option but to move to a rolling programme of industrial action which will begin next Thursday.

“We have a massive mandate for action which shows the anger of safety-critical staff across the rail network at attacks on their standards of living and the blunt truth is that this dispute could be settled for a fraction of the money being handed out in senior manager bonuses and to the train operators for not running services. That is a ludicrous situation which should never have been allowed to have arisen.

“With no shortage of cash in the bonus pot and to compensate the private train companies it is no wonder that our members take the view that 1% is wholly inadequate and fails to recognise the massive pressures staff are working under to keep services running safely at a time when the company is generating profits of £1 billion. It is our members battling to keep Britain moving around the clock, often in appalling conditions, and they deserve a fair share from Network Rail for their incredible efforts.

“Our rail staff deserve a fair reward for the high-pressure, safety-critical work that they undertake day and night and the last thing that we need is a demoralised, burnt-out workforce living in fear for their livelihoods and their futures and the message has come back loud and clear that that is exactly how they feel about the current offer from Network Rail.

“RMT remains available for talks and we hope that the company will appreciate the anger amongst staff at the current offer on pay and conditions from Network Rail and that they will agree to our call to come back to the table with an improved package. We expect rock solid support for this action and will be taking a new campaign to the public under the banner “OUR JOBS – YOUR SAFETY” as we build support for the fight to stop this attack on a workforce ‎whose core role is to deliver a safe railway to the British people.”